Everything truly important to the long-term success of a contractor comes down to building a strong team with a culture that supports each other; no matter what.

Great leaders unite a team together and elevate everyone further and faster than they could imagine.  Great leaders push themselves to their limits inspiring others to do the same. 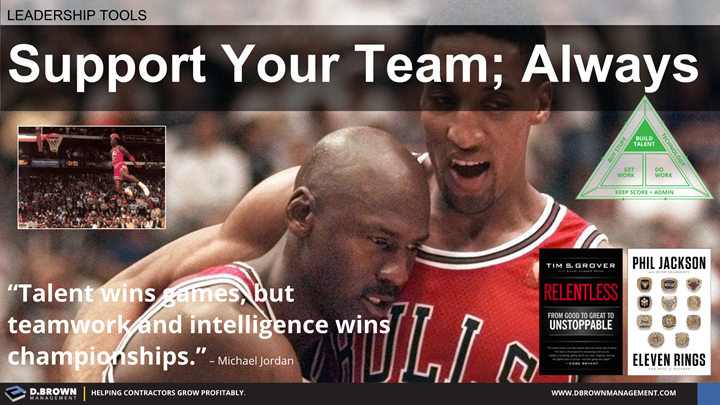 Build a culture of true teamwork then build the talent through deliberate practice and you will build an unstoppable contractor.

Contact us to learn more about how we accelerate construction teams

A Software Developer is just one of the many roles that make up the systems development team.
Related Article

A Prepared Mind, Body, and Home Creates a Strong Foundation

It will be impossible for people to fully focus on critical business issues if they aren’t solid in mind, body, and home. Career and business growth will always be stronger with a stable foundation.
COVID-19 self-improvement
Related Article

If you perceive that changes are a problem in construction, then you are likely framing them as a point of blaming others. This framing will impact your ability to effectively manage changes.
business management change management foreman training leadership principles project management wisdom
Related Article