There are four major responsibilities the foreman has that often seem to be competing with each other.

Effective planning combined with regular feedback (at least weekly) combined with a structured look at how to improve each week is the key to integrating these four key responsibilities of a Foreman. 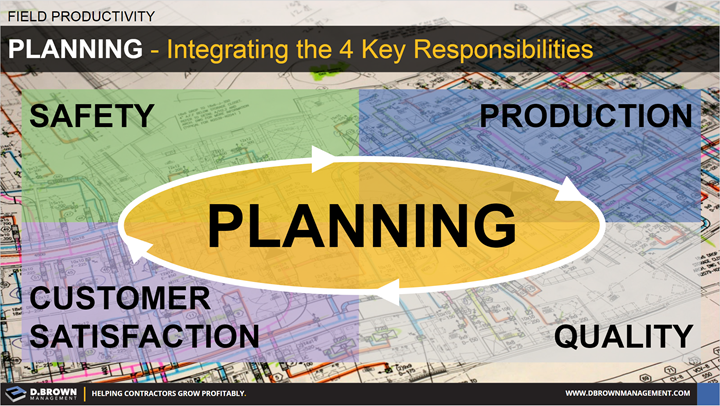 Greg Howell and Glen Ballard founded the Lean Construction Institute (LCI) based on analysis of construction projects showing that on average only 54% of the tasks planned for a week by the Foreman actually got completed.

They developed The Last Planner System (LPS) that focuses on helping the Foreman plan then execute more effectively.

The system includes a structured weekly learning element for the project team where they look back at what they accomplished measuring their Percent Plan Complete (PPC) and doing some rapid Root Cause Analysis to improve the process for the following week.

PPC is a simple measurement - the quantity of tasks that were completed during the week compared to those that were planned.  This is described well in this whitepaper from LCI.

These tools are best used for a whole project team but can be effectively used by a single contractor on a project.

Some of the impacts you see on a project are not as clear as a design change, conflict, or obviously changed condition. Some impacts, such as poor project sequencing or congested work areas are hard to notice if you don’t have good tracking systems.
budget management change management foreman training project management project planning schedule management
Related Article